The GCEC includes 300 universities from around the world, and the awards were announced during the GCEC conference in Baltimore on October 15-16, hosted by Loyola University Maryland and the University of Baltimore. 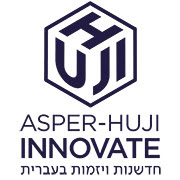